Mizzou Club Cycling is all about casual, fun rides, camaraderie and chasing the occasional adrenaline rush. Tom Dyer, Andrew Voth and Andrew Sigala told us what they love most about the club, and what makes it such a great opportunity for college students.

If you want to learn more, email clubcycling@mizzourec.com, or reach out to them on Twitter and Facebook.

You don’t have to have a lot of experience or a ton of free time to join the Cycling Club. There aren’t tryouts, and The club is also open to students of any gender. There are also three different kinds of cycling you can try: mountain, road and cross.

“If you have a bike, you can join. If you don’t have a bike and you’ve never ridden, you can still join,” Social Media Manager Andrew Voth says. “And we’d be happy to show you how to ride.” 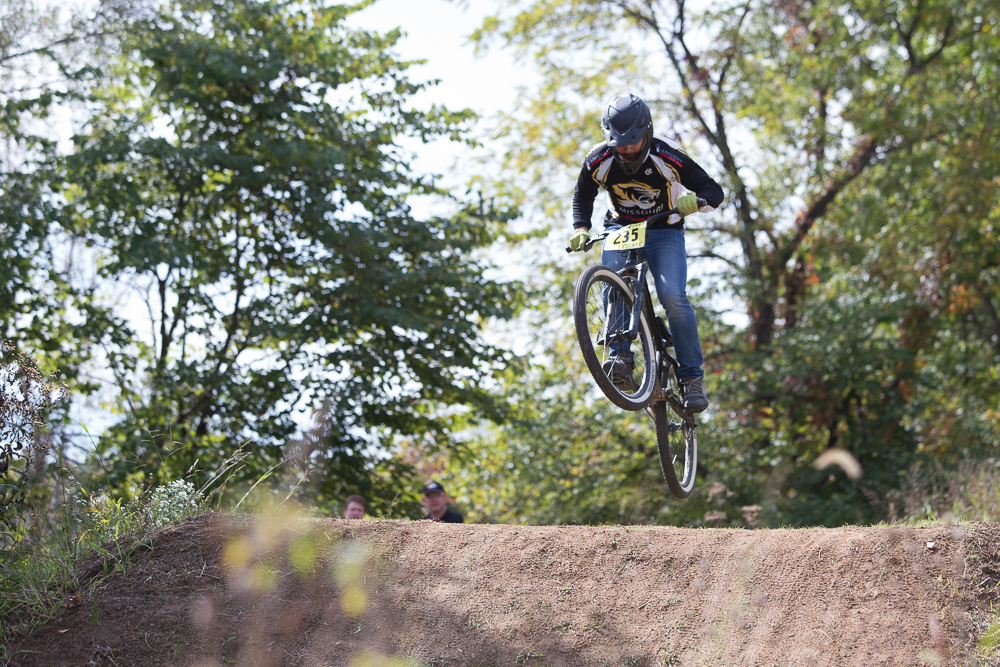 You can be as involved or as competitive (or not) as you want.

Each rider can create their own experience with the club. You can just join for the group rides and camaraderie, or compete in races and take it a little more seriously. Club Cycling is mostly about having fun, learning and giving people who love the sport a way to keep at it while in college.

“I’ve been mountain biking for a couple years seriously, and coming here and being able to do it for Mizzou through an actual organization has been huge. It’s made things easy,” Sponsorship Coordinator and Risk Manager Andrew Sigala says. “Now I have a group to ride with and an organization to help us out and give us a ton of land.”

They travel across the Midwest to compete.

The Cycling Club loves to hit the road and explore courses all over the region, and they’ve recently been to events in Wisconsin, Indiana, and Kentucky.

“Getting to hop in a van and travel all over the U.S. racing bikes is something you can’t beat,” Andrew Voth says.

They build their own race tracks and trails.

The Cycling Club has its own plot of woodland close to campus where the team can map out and build their race courses. This fall, the club got to host the Midwest Collegiate Cycling Conference Regionals there, which was a pretty big honor and a way for the team to show off Columbia and their trails to other schools.

“Mizzou Cycling, we’re not the fastest team, we’re not the best team,” President Tom Dyer says. “But every year we put on a race here and every year people really like it. So I like to say, yeah we might not be the best, but we’re the most fun and we’re the ones out here fostering the sport.”

There are plenty of leadership opportunities.

Like every Mizzou Club Sport, Club Cycling offers leaderships positions and ways to get more involved. Andrew Voth rides on the team but he also manages the club’s social media, for example.

“We have different spots you can hold within the team,” Voth says. “But even if you don’t do that, we’re always looking for people who want to lead group rides or mentor the younger riders. There are always leadership opportunities, even if they aren’t specified.”